For my Dad, chocolate cake with half-n-half 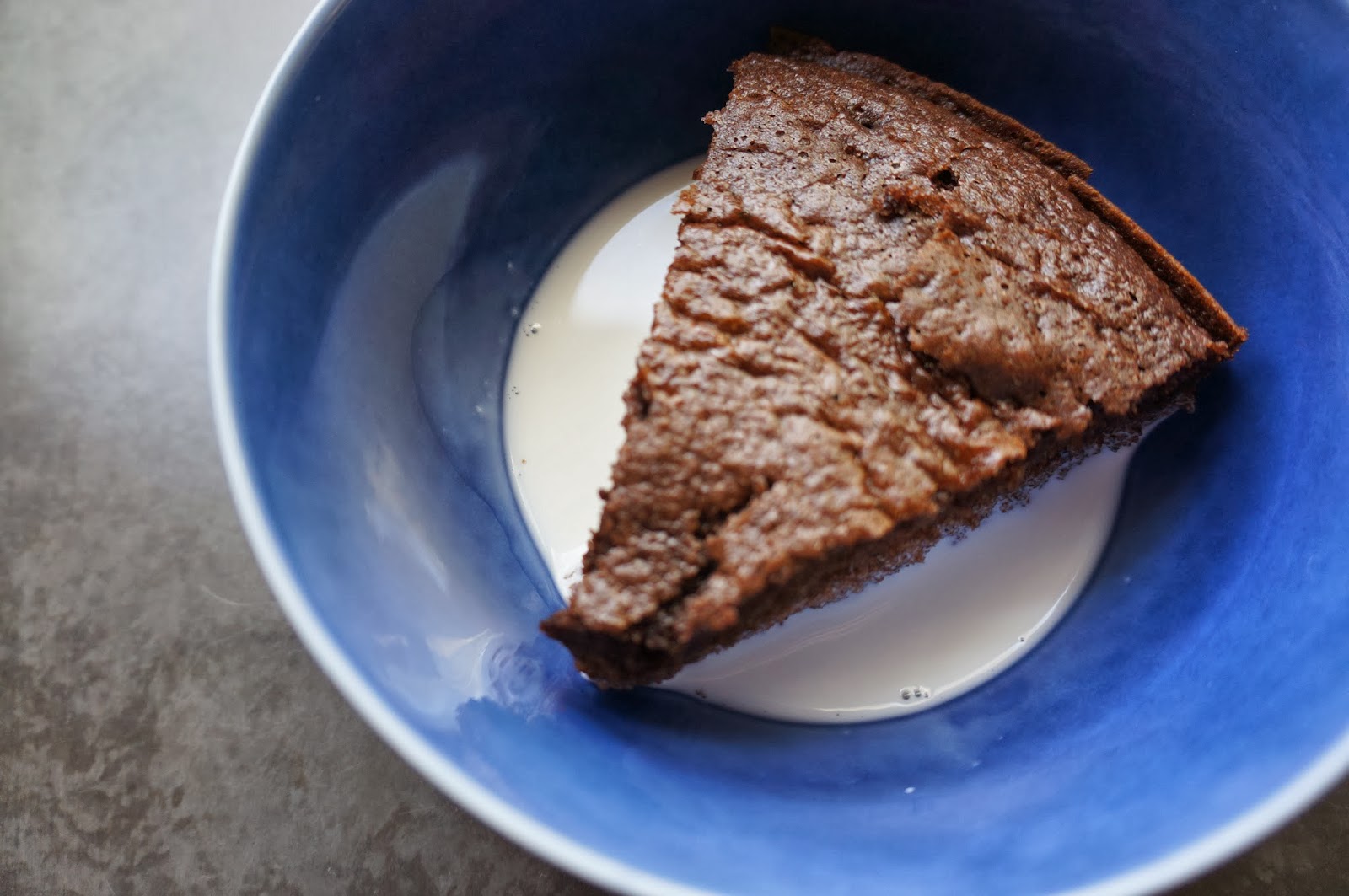 If I was with my Dad on Sunday I would plan a gorgeous brunch feast. My Dad is a great lover of food and time in the kitchen. He introduced us to such wonders as spaghetti with sauce made from scratch, smoked black cod oven steamed with carrots and potatoes, and served his own version of pho every new years day. There are many other dishes that should be in that list too but my personal favorite is chocolate cake with half-n-half.

My Dad is a fisherman. When we were very young he would have to leave for what seemed like most of the summer to fish further up north, in Bristol Bay. His departure always would occur before Father's Day and so my mom would set aside a Sunday dinner ahead of time to be his Father's day celebration. I don't remember too much about those meals, but I always remember my mom would buy a small glass jar of marinated artichoke hearts as an appetizer for my Dad. It was the only time they were purchased during the year as they were expensive and it is my first recollection of artichokes.

Some year, when my Dad returned home from fishing, he made us this cake. As with so many things in childhood, the first occurrence is faded back and a tradition feels like it has always been. In my family, my Dad has always made a box chocolate cake and served it piping hot from the oven with a puddle of half-n-half. I do remember him saying that when fishing in Bristol Bay he would sometimes make a box chocolate cake for the crew on the boat (some boat kitchens have ovens) although, now that I think of it, I don't know that the crew got the half-in-half.

But get it we did. The alchemy of chocolate cake with half-in-half is not unlike the "warm cookie from the oven dunked in a glass of milk" phenomenon. It is like that but full commitment. Instead of just one cookie, it is a whole slice of cake and instead of just a dunking, it is a full baptism of cold silky dairy. The cake soaks up the half-n-half so quickly that the carton is left at the table for frequent re-pours. The soaked up bites of cake take on a custardy, almost bread pudding-like consistency. That warmth is counteracted by the coolness of the half-n-half still puddled around.

The recipe is really hardly a recipe: The cake is made (and for the flavor profile to be there for me, it has to be a box chocolate cake. There isn't a traditional brand, but it does need to be plain. No chocolate chips or anything.) Let it pause ever so slightly after exiting the oven but do not flip it out of the pan. Wedges can be cut directly from the pan so that it is just as warm as you can handle it. Serve with a carton of half-in-half. Don't kid yourself and buy the pint size, get the full half-quart. Being able to pour over as much as you want is one of the magic luxuries of this dessert.

And really, that is it. My older sister has found this to be a good weeknight dinner guest dessert solution. The cake batter is quickly whipped up and slid into the oven just before sitting down to dinner, so that as dinner wraps up, the chocolatey fragrance begins wafting around and the cake is ready for dessert. I had thought that maybe this cake would be one of those "only our family loves this tradition" kind of things, but I have happily witnessed others enjoying it as well.

Recently, I have been going through some difficult personal issues. A strong source of comfort in the past few weeks have been my parents. I get text messages from my Mom that they are praying for me and I picture my parents at their dining room table, with the morning mugs of coffee and the beagle snoring in the corner and realize they are the same people who planned special Father's Day meals before my Dad would have to leave his three baby girls for the summer to provide for them. It must have been very difficult. But when he would get home, there would be chocolate cake.

And so maybe that is just one of the lessons from my Father- that even in difficult times, there can be the sweetness of cake, there can be moments of joy. Happy Father's Day Dad. I love you so.
Posted by Nichol at 5:02 AM 3 comments: